The Gamble of Judging a Book by its Cover: the uFraction8 Origin Story

It all started in London in December 2016, when uFraction8 co-founders Brian Miller and Monika Tomecka met through a business accelerator program called Deep Science Ventures... 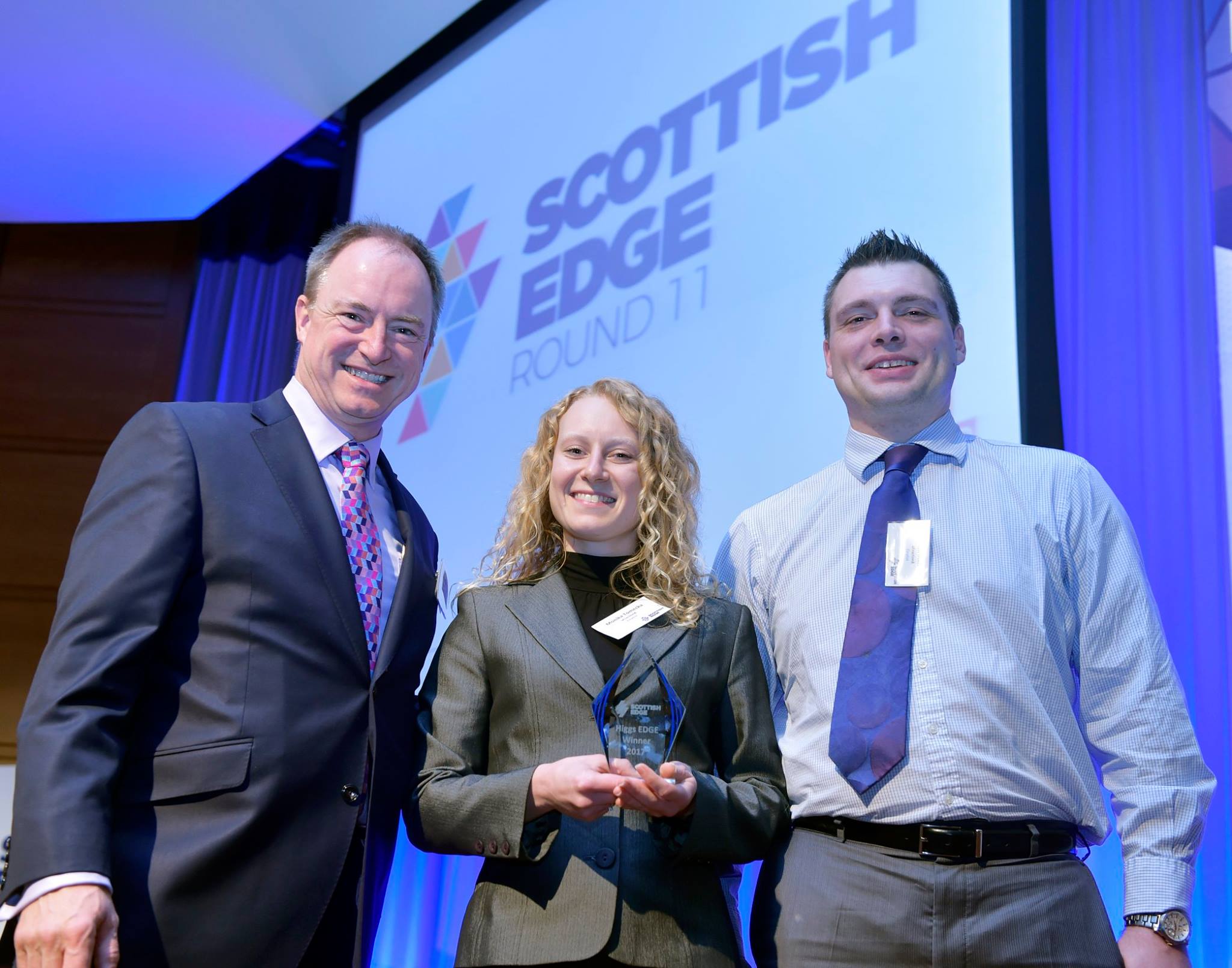 They say you shouldn’t judge a book by its cover, but one’s first impression is often spot-on. In the case of the founding of uFraction8, both sides of the argument turned out to be correct. It all started in London in December 2016, when uFraction8 co-founders Brian Miller and Monika Tomecka met through a business accelerator program called Deep Science Ventures. At the time they were both wrapping up their PhDs.

Brian’s PhD research at the University of Edinburgh had focused on monitoring parasites in drinking water. He was searching for an alternative to filtration, which ultimately led him to invent his own novel microfluidics technology. He went on to develop the technology further during a Royal Society of Edinburgh enterprise fellowship. As the fellowship came to an end, he realized he would need more funding to keep his technology alive. “My supervisor was busy with other projects and tech transfer offices have limited time and ability to turn patents into something,” he says. “This was my baby. If I didn’t do something with it it would probably just get put on a shelf and forgotten.”

Meanwhile, Monika earned her PhD in biomedical science from the University of Sheffield, though she did most of her research in Singapore. During her PhD she helped a few friends’ startups and got hooked. “Working for a startup seemed like the sweet spot between academia and industry, where you could be very experimental but also learn a lot about the business world.”

For both, Deep Science Ventures was a logical next step. The idea of the program was to bring together a group of highly educated people from different fields and get them to solve problems in an interdisciplinary way. The program was run in sprints, so participants would work on a problem in pairs for a week at a time, then swap and work with someone else. At the end they were encouraged to choose their favorite partner and solution and pitch to DSV’s investors. If it seemed like you could become a great startup, then DSV would invest in the company.

Brian thought everyone was super talented, but one person in particular stood out. “The first time I met Monika at the pre-program networking event, she was wearing a red sparkly cocktail dress and drinking a big bottle of beer,” he says. “I thought to myself, ‘I wanna talk to that lady! She seems cool!’ Then we got to the first day of the accelerator and she was wearing a sleeveless Guns & Roses t-shirt and massive military boots. I was a metalhead in my past, so I thought that was awesome. She seemed like she was following her own path - like a leader.”

Meanwhile, Brian didn’t make such a positive impression. “He was there in his formal office shirt, trousers neatly pressed - he seemed super stiff and uninteresting,” says Monika. “He said he wanted to do a sprint with me and I was like… ‘Maybe later.’ We didn’t have time to work with everyone - we only had six sprints and then we were supposed to pick a partner. He was not at the top of my list.”

A few weeks into the program, things had started looking a bit desperate for Brian. “My first team had exploded, so I was back to developing my own idea and I asked the group if anybody wanted to help,” he says. “One of the DSV people told me that it was probably the worst request for help that he’d ever heard, yet I got one of the highest rated people to join in - Monika.”

Monika explains, “I had already worked with quite a few people and it was kind of the last point to try something new. Brian had been asking for weeks if we could work together and I kept having to tell him that I had already arranged to work with somebody else. He seemed determined to make it happen, so I decided to give it a shot.  Initially it didn’t seem like we had much in common - I’m a biologist and he’s an engineer. But the more we talked about it, the more we realized that his technology could have applications for biology and beyond.”

They stuck together, and after they’d pitched their idea in April, Deep Science Ventures agreed to invest in them and they officially started uFraction8. Bolstered by some of their own money, they were able to open an office, albeit not a very glamorous one. Monika says, “Our first office was a tiny room on the top floor, and in the summer it was so hot we were sweating all day. The view from our window was a brick wall.”

She wasn’t planning on staying there long anyway. She explains, “While we were doing all the work to start up the company, I was also finishing up my PhD. I had been working on it in Singapore for two years before coming to London and had a fiance there. My plan was to go back after the accelerator.”

Then in June they won Imagine Chemistry - the first validation they’d gotten from a big company - and in July they decided to set up in Scotland. “That month I called my fiance,” Monika says. “I told him, ‘Look, I have this opportunity and I think it might work. If it doesn’t start working after 6 months then I’m done and I’m coming back.’ And he agreed.”

But winning Imagine Chemistry seemed to set off a chain reaction. Monika explains, “In those next 6 months, we won award after award after award, including a £100,000 Higgs EDGE prize right around the 6 month mark. We definitely wanted to keep going. So I had another phone call with my fiance and asked for another 6 months. That happened a few times, and in the end, my relationship didn’t work out but uFraction8 did.”

Ever since their fateful first meeting, the company’s history has been full of such unexpected twists and turns. Monika says, “I definitely didn’t think that I’d still be here four years later. I’m really glad I decided to give Brian and the company a shot.” Brian adds, “We’ve had our share of ups and downs, but our whole journey has been about learning. We’ve never stopped learning and we just keep getting better and better and better as we go!” 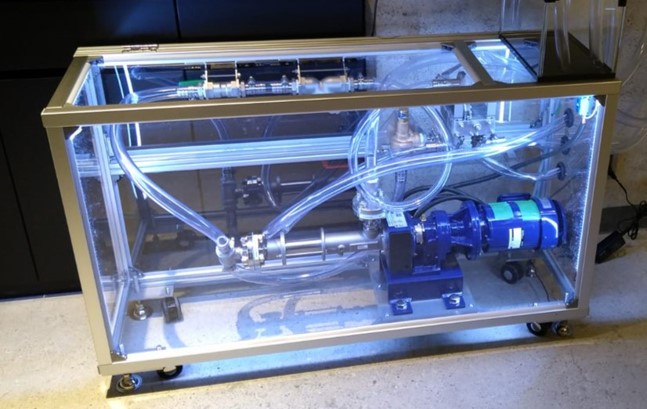 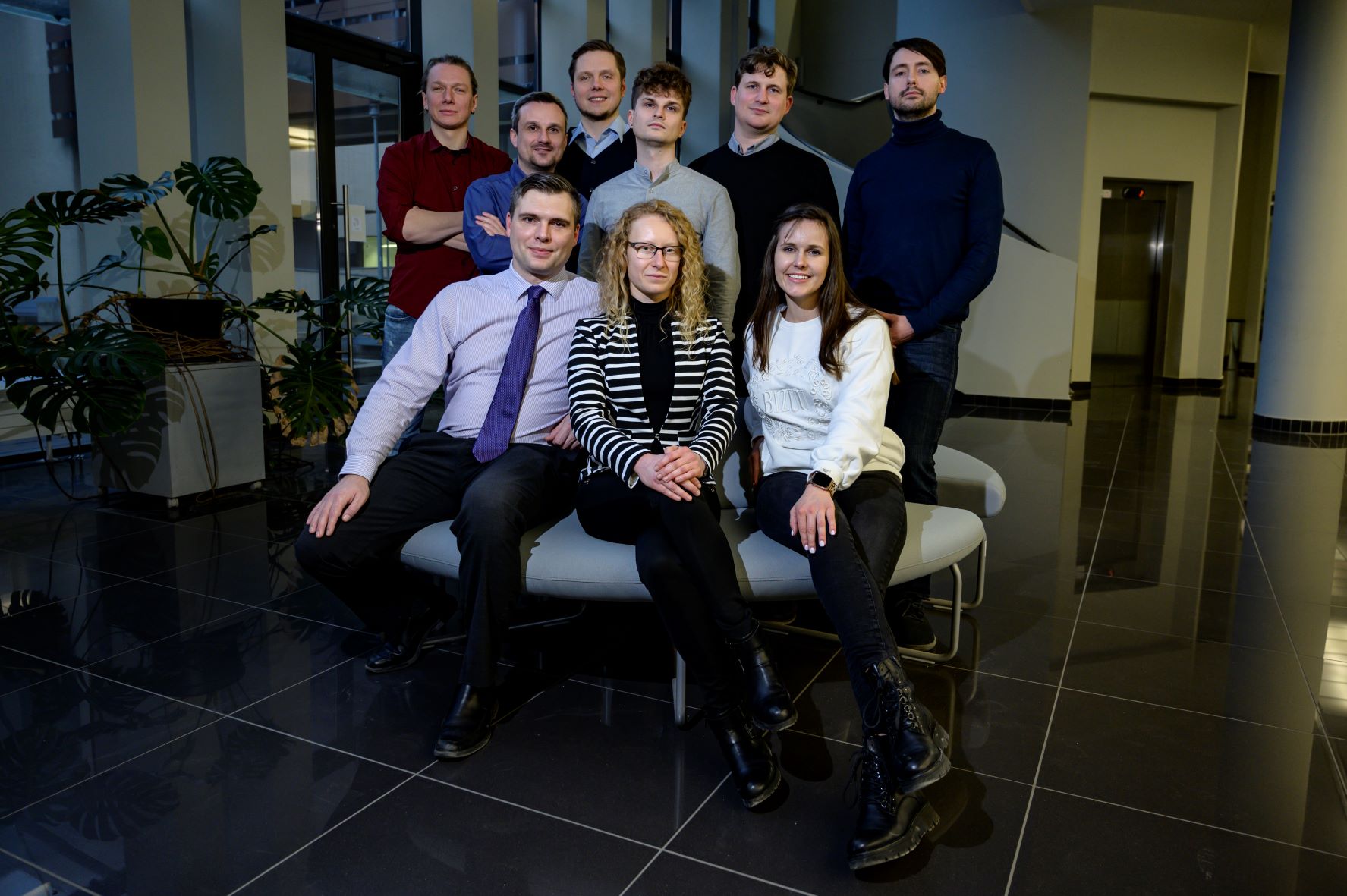